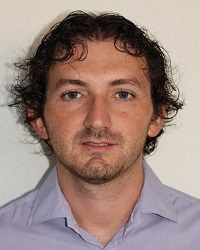 We develop an epidemiological approach to analyze how financial contagion may affect and be affected by economic activity. We show that, according to specific parameter values, the economy may converge either to a non-speculative or to a speculative equilibrium: in the former situation the level of per capita income is maximal, while in the latter it is reduced by financial contagion. The presence of economic and financial feedback effects may also give rise to macroeconomic fluctuations during the transitional path, clearly showing that such economic and financial links are an important driver of the short run macroeconomic performance. By extending the analysis to a spatial dimension, we also show that financial contagion in some specific region may propagate quickly also in regions far away from those in which the contagion initially occurs, highlighting the role of regional policy coordination to avoid interregional contagion.

Simone Marsiglio is senior lecturer (equivalent to associate professor) at the University of Wollongong, Australia. His research interests are macroeconomics, economic growth and environmental economics.