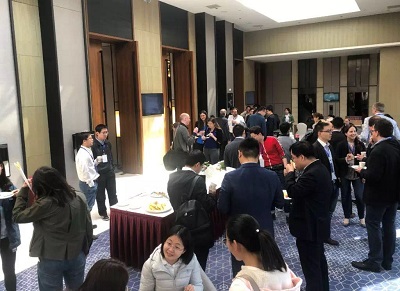 Submit your paper now for the 6th HenU/INFER Workshop on Applied Macroeconomics from April 24-26, 2020. Take a look at all the details in our cfp. 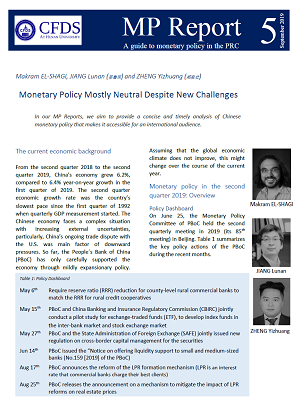 Our fifth Monetary Policy Report is online. Learn more about the recent policy actions of the People´s Bank of China in the last 4 months. 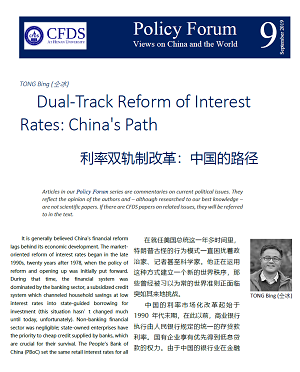 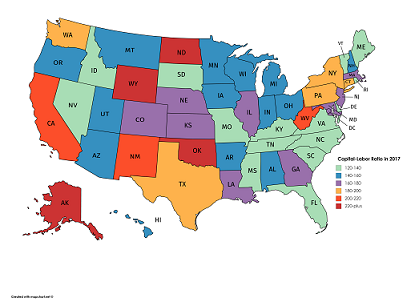 The YES Database on state-level capital stock data for the US has been updated to reflect the most recent updates and revisions provided by the BEA. 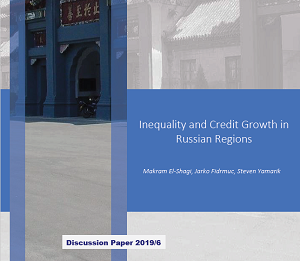 We test the Rajan hypothesis using data for 75 highly heterogeneous Russian regions between the Russian crisis and the introduction of international sanctions (2000-2012). Applying static as well as dynamic panel data models, we show that a rise in income inequality measured by regional Gini indices is significantly correlated with the growth of personal loans. Thus, the rising inequality in Russia is likely to have implications on financial staiblity and occurrence of banking crises. Moreover, the correlation of inequality and corporate loans indicates that inequality affects loans growth across more channels than those implied by the Rajan hypothesis. 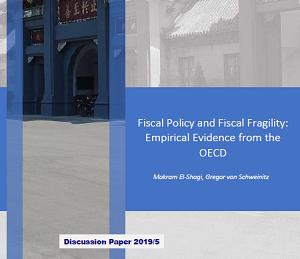 In this paper, we use local projections to investigate the impact of consolidation shocks on GDP growh, conditional on the fragility of government finances. Based on the database of fiscal plans in OECD countries, we show that spending shocks are less detrimental than tax-based consolidation. In times of fiscal fragility, our results indicate strongly that governments should consolidate through surprise policy changes rather than announcements of consolidation at a later horizon. 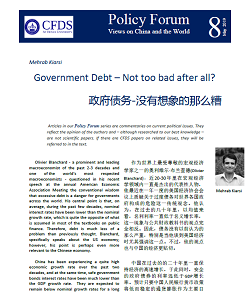 Our latest policy forum deals with the question whether public debt (still) matters. 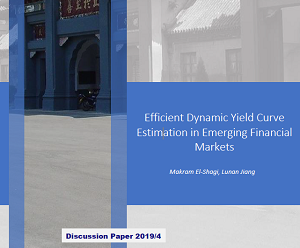 The current state-of-the-art estimation of yield curves relies on the dynamic state space version of the Nelson and Siegel (1987) model proposed in the seminal paper by Diebold et al. (2006). However, things become difficult when applying their approach to emerging economies with less frequently bond issuance and more sparse maturity available. Therefore, the traditional state space representation, which requires dense and fixed grids of maturities, may not be possible. One remedy is to use the traditional Nelson and Siegel (1987) OLS estimation instead, though it sacrifices efficiency by ignoring the time dimension. We propose a simple augmentation of the Diebold et al. (2006) framework, which is more efficient than OLS estimation as it allows exploiting information from all available bonds and the time dependency of yields. We demonstrate the efficiency gains generated by our method in five case studies for major emerging economies including four of the BRICS. 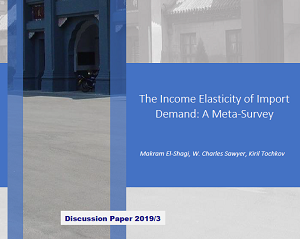 Import demand has been a major research topic in international economics for the past 80 years because of its importance for analyzing trade and evaluating trade policies. The goal of this paper is to survey the literature and conduct a meta-analysis of empirical studies on import demand with the intention of clarifying the effect of economic development on income elasticity. In particular, we test the hypothesis that higher income levels are associated with a more elastic import demand. We apply a combination of parametric and non-parametric methods on estimates from a sample of 152 papers published over the period 1975-2014 and find that this relationship is signicant and robust. Specifically, kernel densities of income elasticity estimates for high-income countries in North America and Europe are shown to exceed those for poorer parts of the world. The results from quartile regressions confirm this pattern and establish its robustness when controlling for the effect of model specifications. 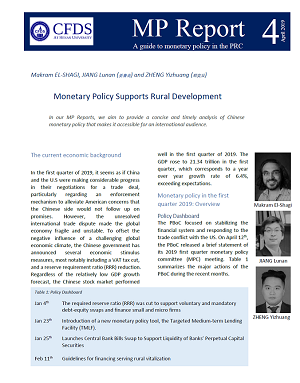 Our fourth Monetary Policy Report is online. Learn more about the recent policy actions of the People´s Bank of China in the last 4 months.