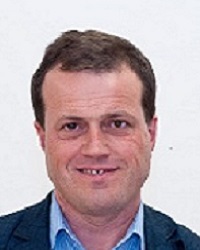 We trace the rise of the so called oligarchs in post-Soviet Russia and examine their relationship to income distribution in Russia. When Russia moved to a market economy in the 1990s a new business elite evolved. Russia’s distinctive path towards market economy, among other factors, gave rise to the oligarchs who now control large parts of the economy and have a strong standing within politics and society.

Using a unique regional data set on the locations of oligarchs’ businesses across the Russian regions, we test Acemoglu’s (2008) proposition that oligarchic societies experience extreme income inequality. Our results show significantly higher levels of income inequality in regions with a higher presence of oligarchs.

Jarko Fidrmuc is holding the Chair of International Economics at Zeppelin University, Friedrichshafen, Germany. His main research areas are international economics, in specific empirical analysis of European Integration and globalization, analyses of economic cycles and theory of optimal currency area, and development of emerging economies in Eastern Europe and Asia.