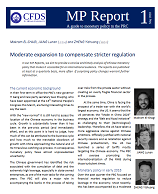 We are proud to announce our new CFDS Monetary Policy Reports. New Reports will be available after every major policy change but at least once per quarter. With our reports we hope to provide a concise and timely assessment that makes Chinese monetary policy more accesible to an international audience. 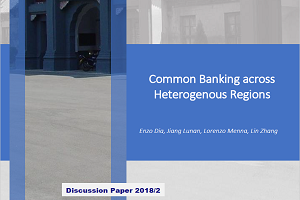 Abstract: We describe the existence of a substantial dispersion of interest margins charged by commercial banks among Chinese provinces and find empirically that the main drivers of interest margins are resource costs. We build a parsimonious dynamic stochastic general equilibrium model featuring both banking and production sectors that we calibrate at both the national and provincial levels. Our model can explain a considerable share of the interest margin charged at the provinicial level, and we find evidence that when Chinese banks adopt a technology imposing the same capital share across provinces, their productivity becomes substantially lower. Since the differences in wages in Chinese provinces are substantial, the adoption of a common technology implies an inefficient industrial structure for the banking industry and a substantial cost for the economy. The adoption of a standardized technology also generates a stronger response of the loan rate to productivity shocks, and thus the capability of banks to smooth regional idiosyncratic productivity shocks hitting firms declines substantially. 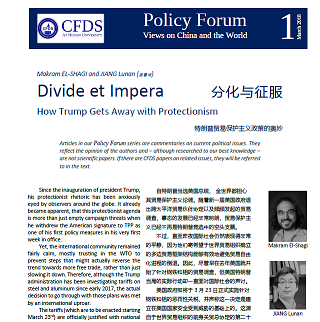 We are excited to announce that we started our first Policy Forum on current political and economic issues today. Take a look at our first issue about Trumps new protectionism.

We opened a new service on our website - a section on data researched and provided by our members and research associates. You can now find an index on China´s monetary conditions - the SUN-MP index in the section research - data. More data and indices will follow soon. 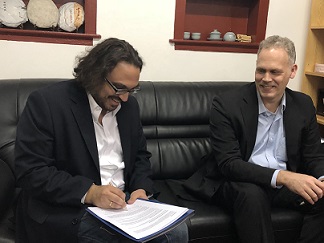 We are excited to announce that the CFDS enlarged its research network. The Bank of Finland Institute for Economies and Transition (BOFIT) joined our quickly growing network. More cooperation partners will follow soon. 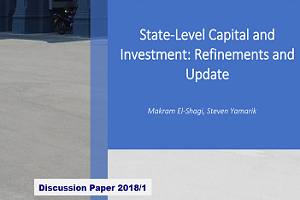 Abstract: This paper presents updated estimates for state-level capital and investment for 1950 to 2015. We improve upon the procedure of Garofalo and Yamarik (2002) and Yamarik (2013) by using quantity measures to apportion the mining capital stock and a geometric pattern of depreciation to derive investment data. In an empirical application we use our data to estimate the production function and a simple growth model. We find coefficient estimates that support constant returns to scale and a 1/3 output elasticity of capital. These results are consistent with past regional and cross-country papers, supporting the plausibility of our data. 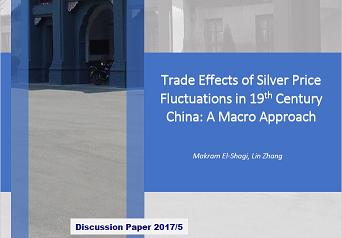 Abstract: We assess the role of silver price fluctuations on Chinese trade and GDP during the late Qing dynasty, when China still had a bimetallic monetary system where silver was mostly used for trade. Using a structural VAR with a newly proposed small sample bias correction and blockwise recursive identication, we identify the impact of silver price shocks on the Chinese economy from 1867 to 1910. We find that silver price changes have substantial impact on trade, but barely affect GDP. Our results can partly be applied to the analysis of the role of vehicle currencies in today's emerging economies. 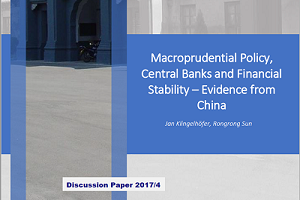 Abstract: We study the Chinese experience and provide evidence that central banks can play an active role in safeguarding financial stability. The narrative approach is used to disentangle macropudential policy actions from monetary actions. We show that reserve requirements, window guidance, supervisory pressure and housing-market policies can be used for macroprudential purposes. Our VAR estimates suggest that well-targeted macroprudential policy has immediate and persistent impact on credit, but no statistically significant impact on output. Macroprudential policy can be used to retain financial stability without triggering an economic slowdown, or as a complement to monetary policy to offset the buildup of financial vulnerabilities arising from monetary easing. The multi-instrument framework enables central banks to achieve both macroeconomic and financial stability. 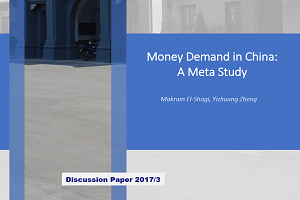 Abstract: In this paper we reexamine the literature on money demand in China published both in English and Chinese language. Over the past 30 years - starting with the paper by Chow (1987) there has been a regular stream of papers assessing the Chinese money demand function. The literature is mostly focusing on income elasticity, stability, and - which is special for China - the adequate choice and quality of data. In particular regarding stability of money demand, we find a substantial publication bias towards rejecting stability. When controlling for publication bias, and focusing on longer time periods, our paper strongly suggests stable long run money demand in China. 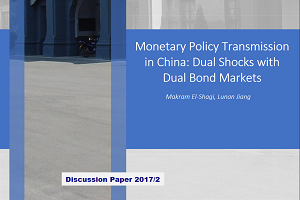 Abstract: Although China’s monetary and financial system differs drastically from its Western counterpart, empirical studies covering this vast economy (the largest by some accounts) have often been simple reestimations or recalibrations of models that have originally been designed to describe US or European monetary policy. In this paper, we aim to provide an assessment of Chinese monetary policy and in particular monetary policy transmission through the bond market into the real economy, which takes into account the peculiarities of the Chinese market. Namely, our model includes both China’s modern attempts at a market based policy shock as well as the “authority” based monetary policy that is a relic of the original banking system; it considers the special nature of the Chinese treasury bond market which is separated in two independent markets with very limited direct arbitrage opportunities between almost identical assets, and finally it incorporates the role of real estate, which played an essential role in China during the last decade.